Another RINO who voted for the Trump impeachment goes down.  They're still counting, but Rich Baris says the gap is too far and is calling it for Kent.

With new votes tallied in Clark, Thurston and Cowlitz counties Monday, Herrera Beutler, R-Battle Ground, was trailing Kent by 960 votes. She had been ahead by 257 votes Friday.

Facing backlash over her vote to impeach Trump over the Jan. 6 U.S. Capitol assault, Herrera Beutler had been in second place since election night in the 3rd District race in Southwest Washington.

But her support eroded in later ballot counts, which favored Kent. That trend continued Monday as a new batch of Clark County ballots put Kent ahead of her for the first time.

Democrat Marie Gluesenkamp Perez remained in first place with about 31% of the overall vote, leaving her headed for a November matchup against either Kent or Herrera Beutler. Kent was at 22.8% and Herrera Beutler at 22.3% as of Monday evening.

Thousands of votes remain to be counted in the all-mail ballot election, with Clark County estimating 10,000 left in the district’s largest population center. Those votes are scheduled to be counted Tuesday. 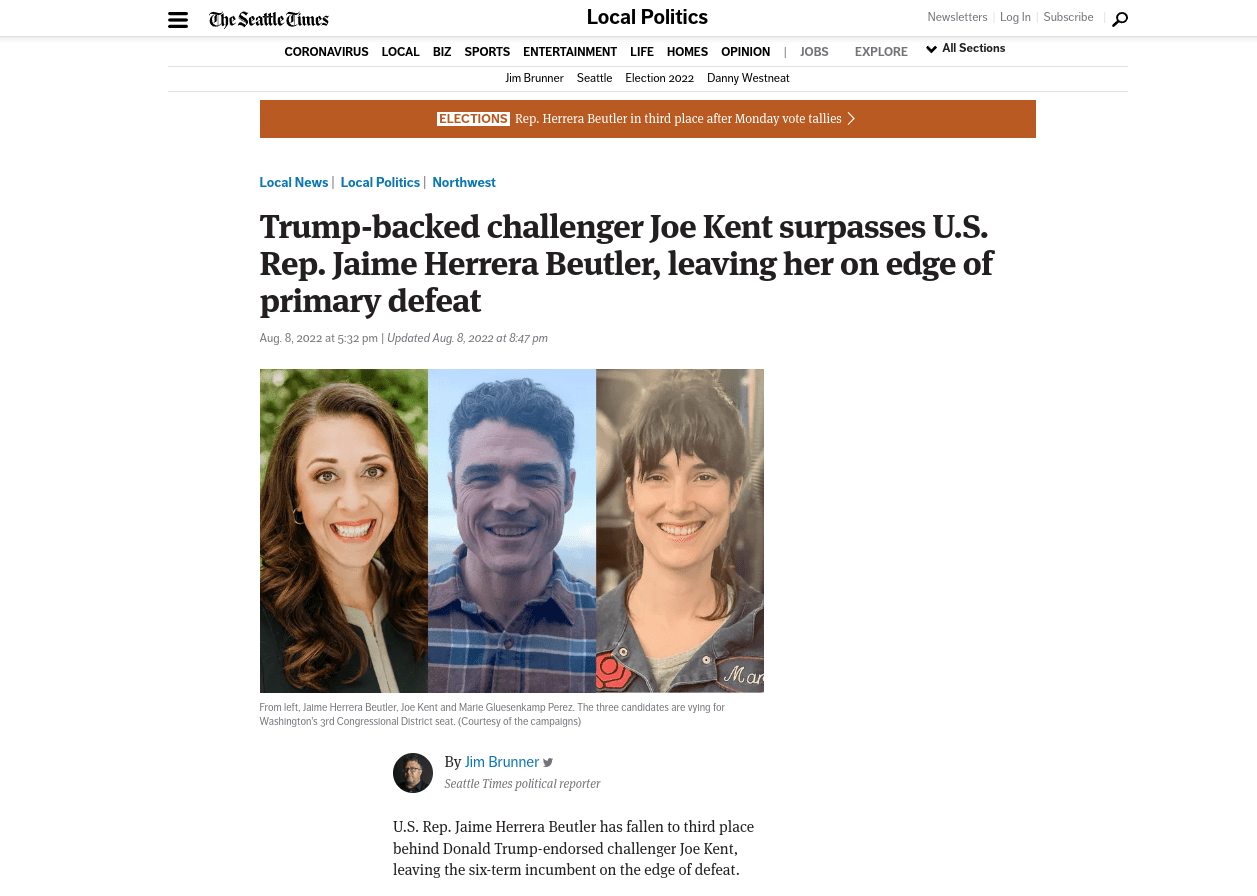