Inventors Must Be Human, Federal Circuit Rules in Blow to AI

Where deep-state, woke, and deep-tech converge.

Computer scientist Stephen Thaler was dealt another blow in his battle for artificial intelligence machines to be recognized as inventors on patents, after the nation’s top patent court found that inventors must be humans.

The term “individual” in the Patent Act refers only to humans, meaning an AI doesn’t count as an inventor on a patentable invention, the US Court of Appeals for the Federal Circuit ruled Friday.

The decision lines up with courts in the European Union, the United Kingdom, and Australia that have refused to accept Thaler’s argument. His only currently existing win is from a South African court that said an AI can be a patent inventor.

Unless the US Supreme Court steps in, the Federal Circuit is typically the final authority on US patent matters—hearing all such appeals from federal district courts and the US Patent and Trademark Office.

The Federal Circuit adopted a “narrow and textualist approach” to the Patent Act, Abbott said.

“It ignores the purpose of the Patent Act and the outcome that AI-generated inventions are now unpatentable in the United States,” he said. “That is an outcome with real negative social consequences.” 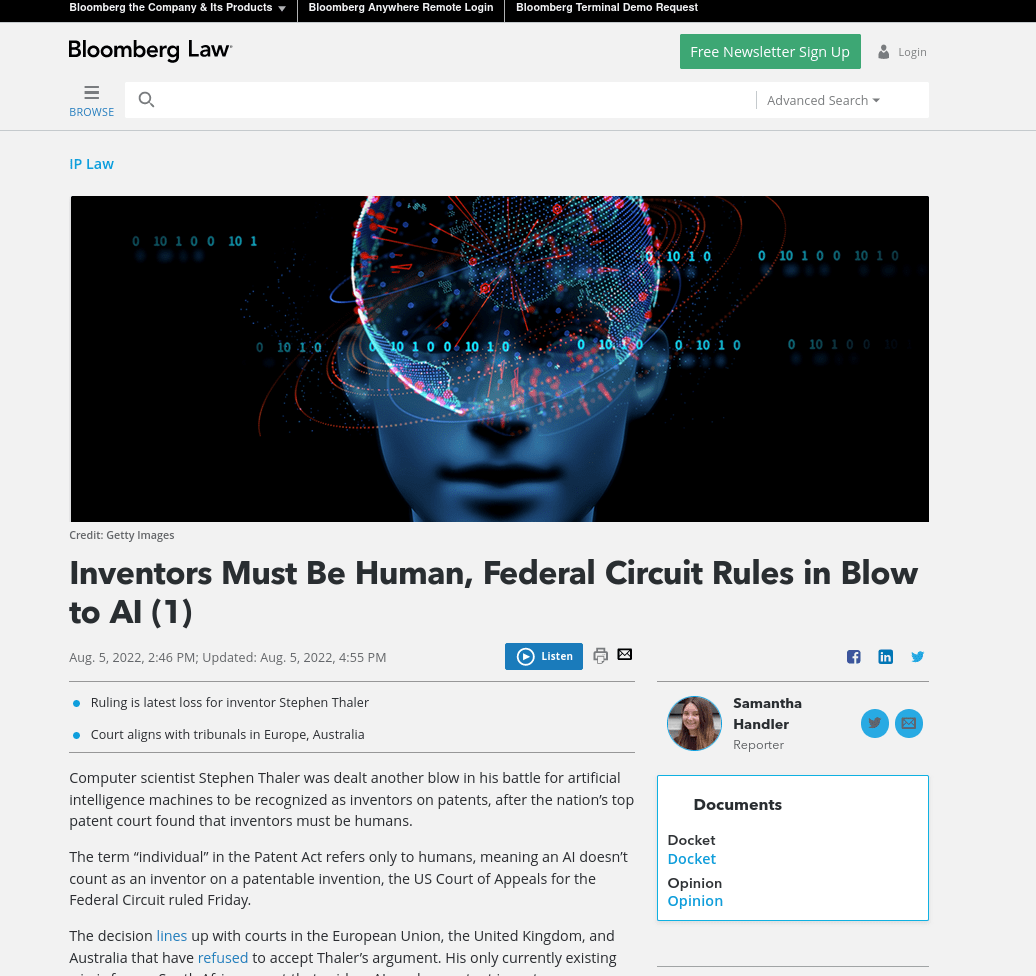