A few weeks ago, Governor DeSantis slapped the cuffs on some ex-cons who were clearly looking to vote for Creepy, made obvious from their past convictions.  They're saying they thought they were allowed to vote because government officials gave them the green light.  It would be nice to see some of those election officials rounded up.

Douglas Oliver, one of the defendants, was convicted of "Lewd/Lascivious Assault/Battery Victim Under 16" in 2001, according to Oliver's arrest warrant. Oliver said he was approached by a canvasser in 2020, who told him he was eligible to vote despite his conviction. He was then given a registration card from his local election office after submitting an application, he told the outlet.

On or about Sept. 25, 2020, Oliver completed a voter application in which he affirmed that he was "not a convicted felon, and if I am, my right to vote has been restored," according to the warrant the Florida Department of Law Enforcement gave to the Washington Examiner.

Ahead of the 2020 election, Oliver and his wife, Versie, said they called the local election office to confirm his eligibility to vote, with Oliver explaining his conviction. The officials told him that he was eligible, and he proceeded to vote in the election, the couple said.

“I abide with everything they tell me to do dealing with my felony charges,” Oliver said. “I wouldn’t have voted. If they said, ‘No, you can’t vote,’ I would have said ‘OK.’” 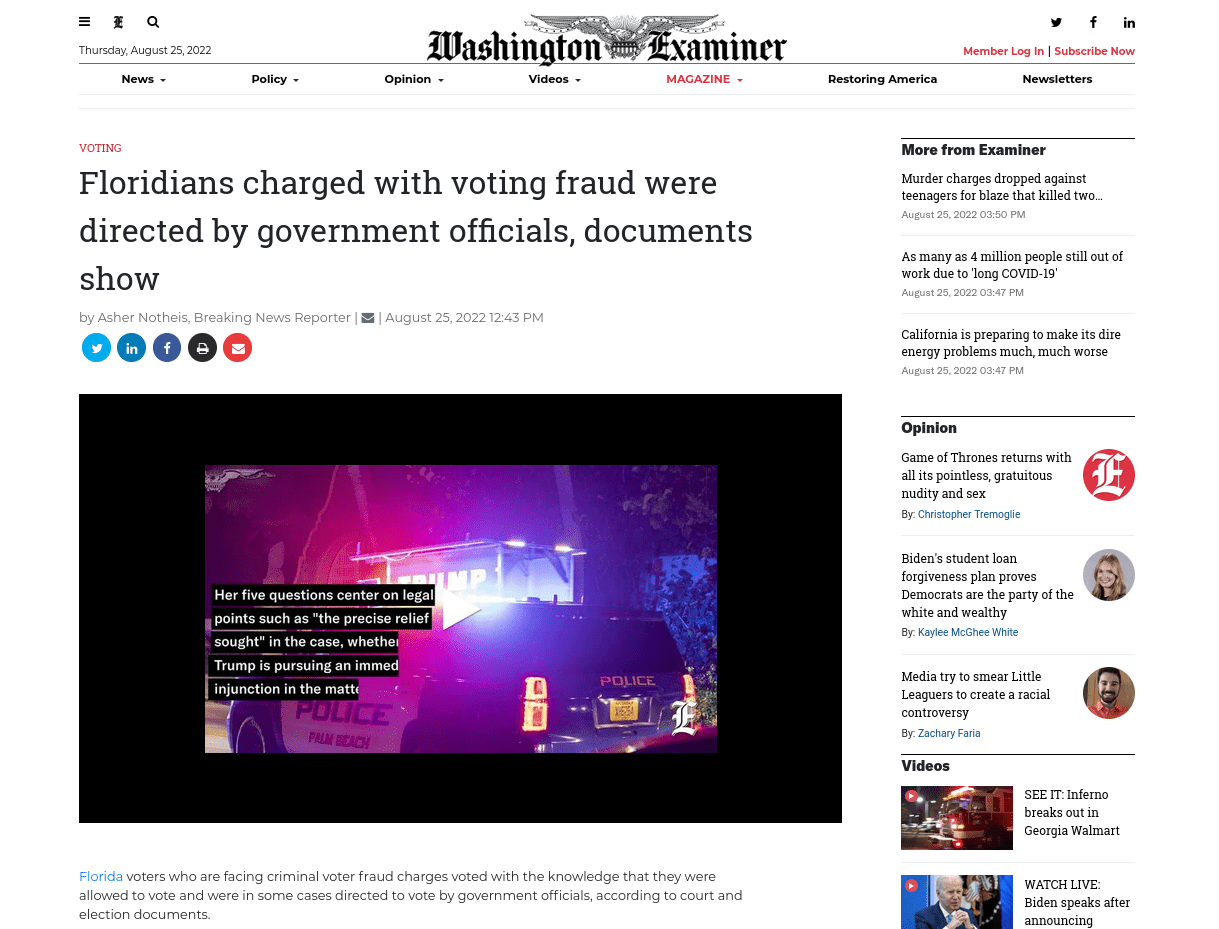