Judge in Twitter lawsuit against Musk is helping Plaintiff

The judge in Twitter's lawsuit against Elon Musk, Kathaleen McCormick, said his request for data was "absurdly broad", and instead, ordered Twitter to produce data on only 9,000 accounts, which is an absurdly low number.  Twitter is massive, and 9,000 accounts is a drop in the ocean and nowhere near representative of any meaningful sample, especially since it was part of previous audit, and the data for these accounts "no longer exists."  This ruling gives Twitter much leeway to fudge the numbers.

Billionaire tycoon Elon Musk may get some of what he wants from Twitter, but a judge conditioned that much of his requests were "absurdly broad."

A Delaware judge ordered the social media giant Thursday to deliver data about 9,000 accounts it reviewed in its fourth quarter audit to gauge the level of spam accounts on its platform, which is considerably less than what Musk sought.

"Defendants’ data requests are absurdly broad. Read literally, Defendants’ documents request would require Plaintiff to produce trillions upon trillions of data points reflecting all of the data Twitter might possibly store," Chancellor Kathaleen McCormick of Delaware's Court of Chancery wrote. "No one in their right mind has ever tried to undertake such an effort."

Rather than forcing Twitter to produce all of the data points it might have for its 200 million users, McCormick argued a more narrowly tailored approach would be more realistic. Twitter claims the 9,000 account audit data no longer exists, but McCormick gave the company two weeks to reproduce the information, likely by recreating the data. 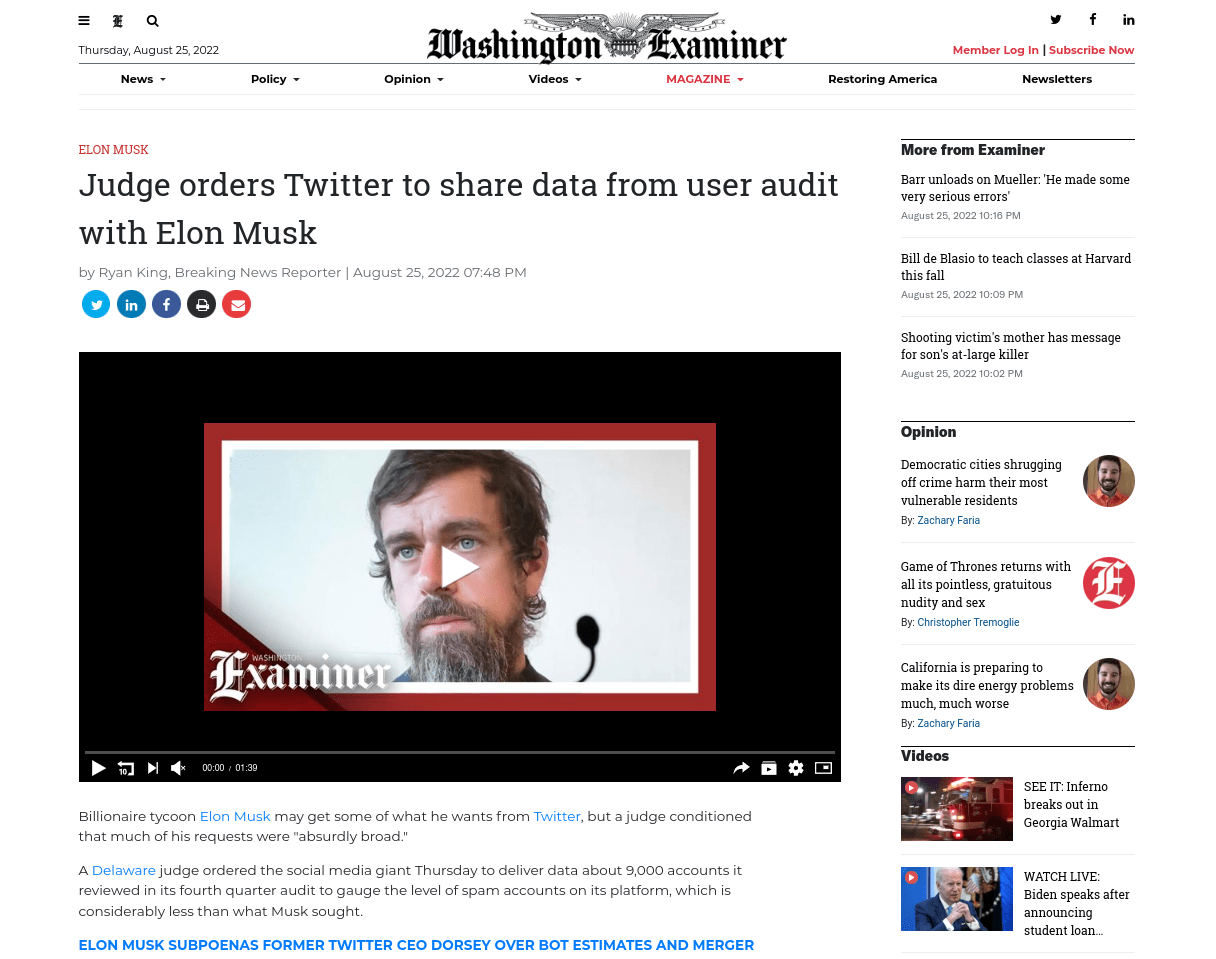