The ongoing exposure of unbelievable corruption and criminality at the FBI is prompting for the "fine men and women" of the agency, who've stayed silent the entire time, to call for Wray's resignation:

Rank-and-file FBI agents say they cannot see how FBI Director Christopher A. Wray stays in his position after The Washington Times’ exclusive report about a senior bureau official stepping down under scrutiny for suspected political bias affecting investigations.

Kurt Siuzdak, a lawyer and former FBI agent who represents whistleblowers at the bureau, said agents tell him that Mr. Wray has lost control of the agency and should resign.

“I’m hearing from [FBI personnel] that they feel like the director has lost control of the bureau,” he said. “They’re saying, ‘How does this guy survive? He’s leaving. He’s got to leave.’”

FBI whistleblowers talking to Congress about corruption and retaliation say in disclosures that Mr. Wray was often notified of the problems within the bureau but never took action to resolve them.

That includes recent whistleblower disclosures to House Judiciary Committee Republicans about agents being forced or coerced into signing false affidavits and claims of sexual harassment and stalking. It also includes fabricated terrorism cases to elevate performance statistics, as reported this month by The Times.

In response to the avalanche of whistleblowers, Merrick Garland put out a notice to intimidate others coming forward, prompting a response from President Trump:

“It has just been reported that Attorney General Merrick Garland has sent a notice to everyone at the Justice Department ordering that no one contact Congress—meaning, I assume, no Whistleblowers allowed! The only reason for this must be that with the firing of the “Special Agent” In Charge at the FBI, many within are calling political Representatives in disgust at what has happened to Law Enforcement Agencies in the United States of America. Is this interference with the Whistleblower laws?” 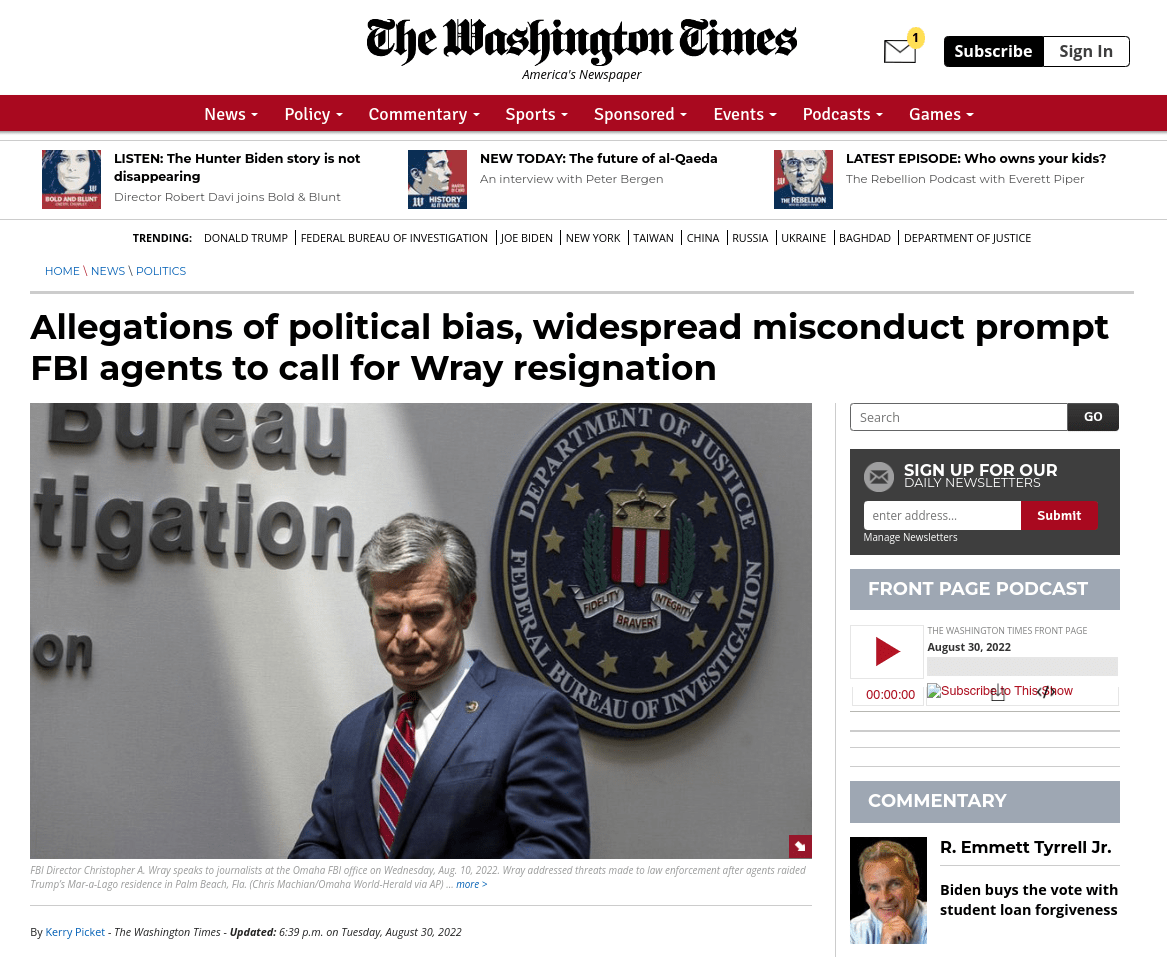