When you see blatantly criminal behavior with the election system, or at least the lead-up to it, one wonders how stupid you have to be to think the election wasn't stolen in 2020.  Make no mistake, this is the Republicans in Wisconsin positioning against Trump-endorsed candidates for November.

Few answers, if any, are being given about the move from Wisconsin’s election managers to put inactive voters back on the state’s voter rolls.

“Why we are returning anyone to the rolls in a state where anyone can vote as long as you have a voter ID is mind-boggling,” said Rep. Janel Brandtjen, R-Menomonee Falls.

The Elections Commission never responded to questions from The Center Square as to how many voters are being reactivated, or how the commission chose the voters being added back to the MyVote system. It did say how many will remain inactive.

Brandtjen asked, too, and said she hasn’t gotten any answers.

“As a legislator, I would think we have the ability to pick up the phone and speak to the commission; instead it’s silence or an email weeks later. The dysfunction is just so real,” Brandtjen added. “The adversarial relation between the administration and the legislature doesn’t inspire confidence in voters.”

The Wisconsin Elections Commission in mid-August sent a note to clerks about voter reactivations. 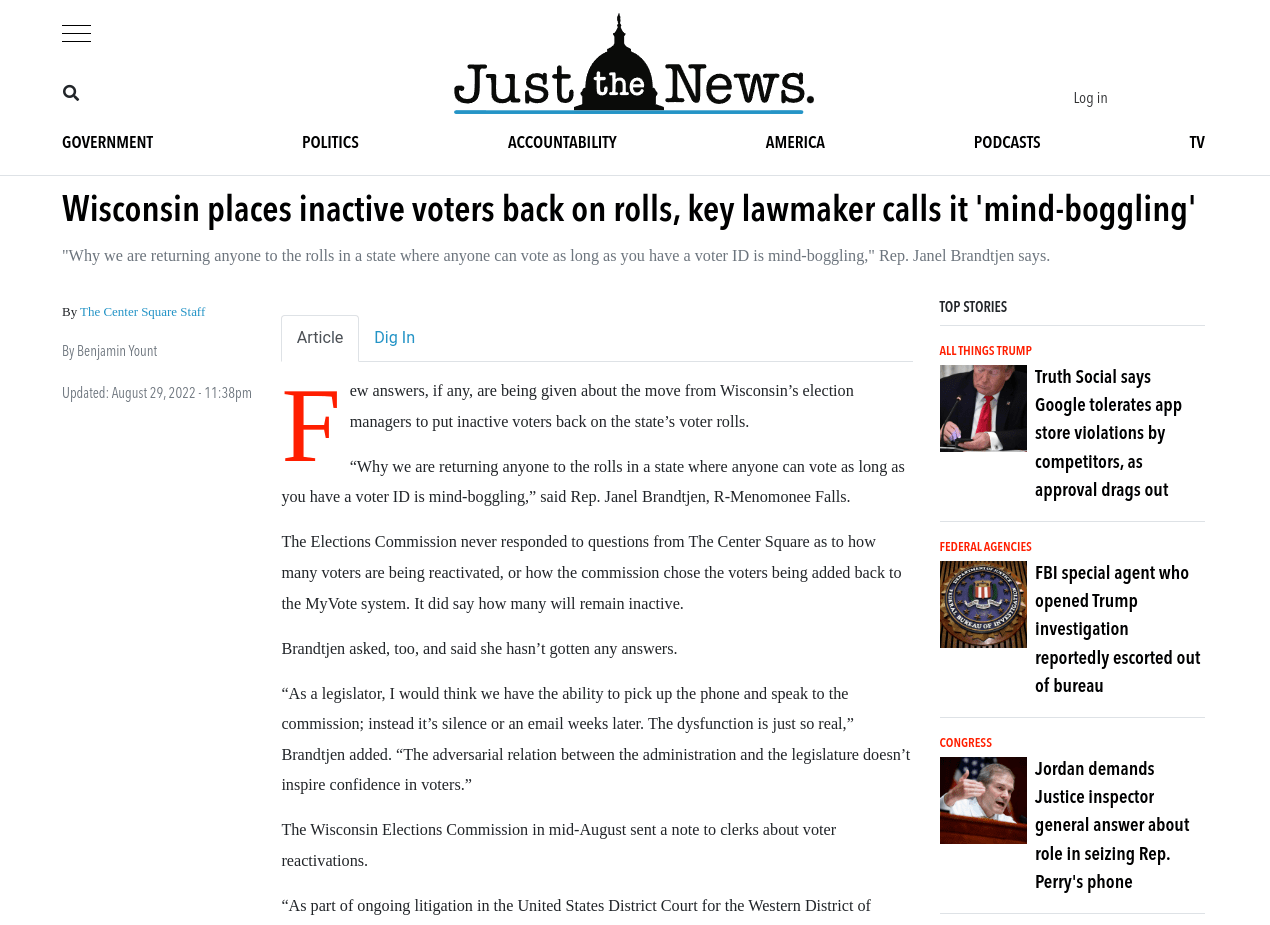