Democrats in key states refusing to debate their GOP opponents

This is inline with stolen elections, as the two candidates in this article are completely dependent on the election being handed to them, thus no need to debate.

“We heard John Fetterman won’t debate Oz in the ‘first week of September’. Ok, so when will he debate?” Yanick said. “He won’t ever say – not even in his latest whiny statement.”

The Fetterman campaign did not respond to The Federalist’s inquiry as to whether Fetterman believes Pennsylvania voters deserve to see him and Oz debating the issues most pertinent to the commonwealth on live television.

Pennsylvania is hardly the only state where Democrat candidates are seemingly ducking their Republican opponents’ debate challenges. In Arizona, the state’s Democrat candidates for governor and U.S. Senate, Katie Hobbs and Mark Kelly, are both reportedly attempting to create an issue out of existing debate format rules to avoid debating their respective GOP opponents, Kari Lake and Blake Masters.

According to Arizona Central reporter Stacey Barchenger, Hobbs was supposed to RSVP for the [Citizens Clean Elections Commission (AZCCEC)] & [Arizona PBS] gubernatorial debate” on Aug. 26, but “at 5:24 p.m., her campaign manager sent an email to AZCCEC asking for a meeting to discuss changes to the format” before fully committing.

“Asking for changes, Hobbs’ campaign manager Nicole DeMont cited the primary debate among GOP candidates for #AZgov she said ‘turned Arizona into a national laughing stock, and Secretary Hobbs has too much respect for this state and its voters to participate in such an event,'” Barchenger reported in a tweet.

Source:
Democrat Candidates In Key Battleground States Are Ducking Debates With Their G…
Related links:
Oz ramps up pressure on Fetterman to participate in debates
WATCH: Kari Lake Tears Into Katie Hobbs For Refusing To Debate: “She knows that… 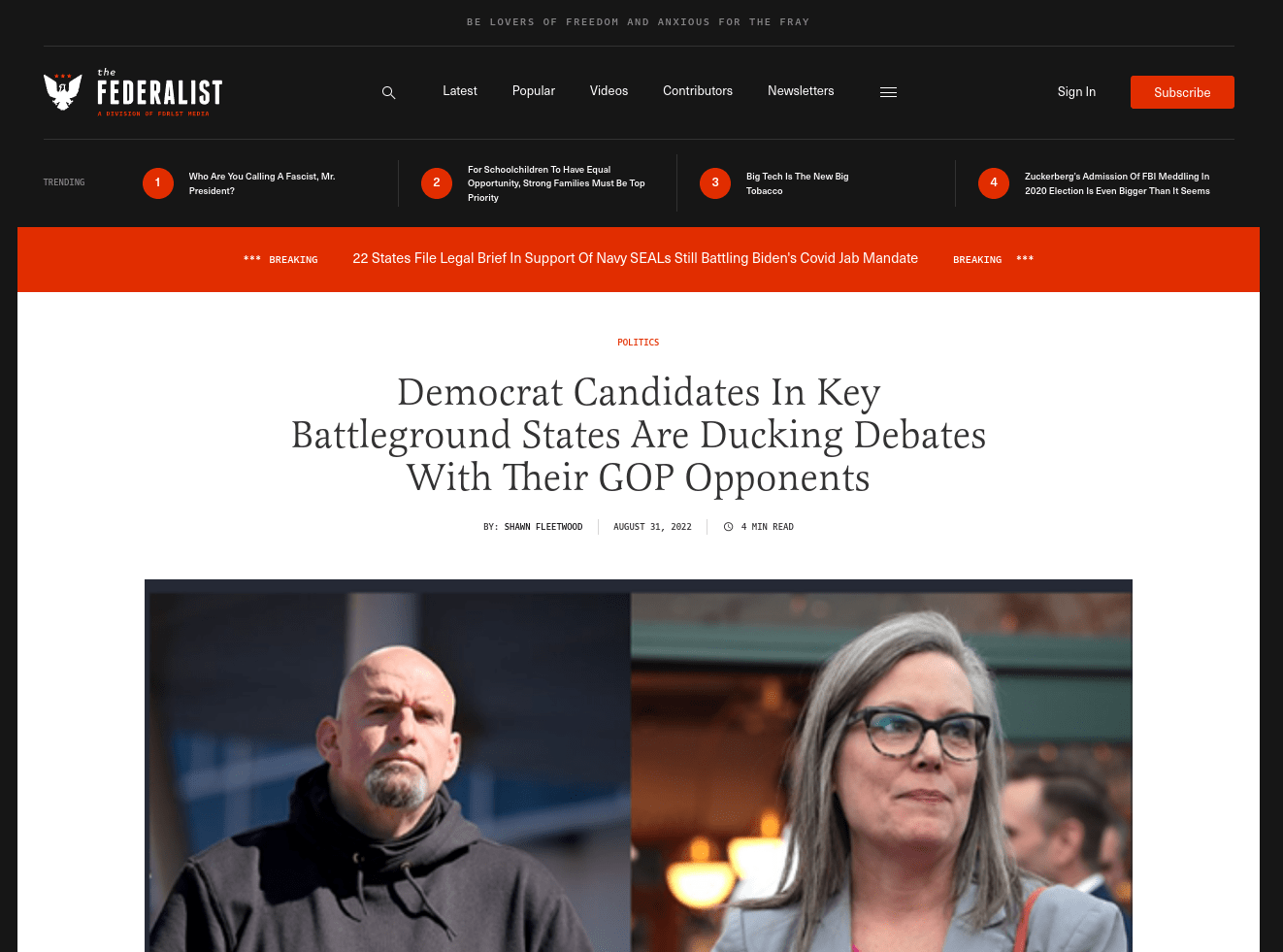