His wife and those handling her are in real trouble for the false statements and lies put out in attack ads, accusing Eric Greitens of child abuse.  Most troubling, the children were damaged by the public attack ads.

In a 2020 affidavit, Sheena Greitens swore under oath that no material fact was left out of their divorce and parenting plan for their children, which included any abuse claims.

Then in 2022, as Eric Greitens dominated the GOP field for Missouri’s open US Senate seat being vacated by RINO Roy Blunt, Sheena came forward with new claims.  Sheena said Eric had physically abused her and her children.

But there were several problems with her new story.

First, Karl Rove admitted to communicating with Sheena Greitens before she filed this new, perjured affidavit that falsely accused Eric Greitens of abuse. Karl Rove is a well-known anti-Trump RINO notorious for pulling nasty, dirty tricks on political opponents.  This may have been his nastiest political hit yet.

Second, medical and dental records proved Sheena was lying. In these records, Sheena told doctors that her son injured his tooth while “roughhousing” with his brother. Emails obtained by The Gateway Pundit also revealed that Sheena repeatedly attributed the injury to roughhousing.

Earlier this week, a Missouri judge ruled on the Greitens case. 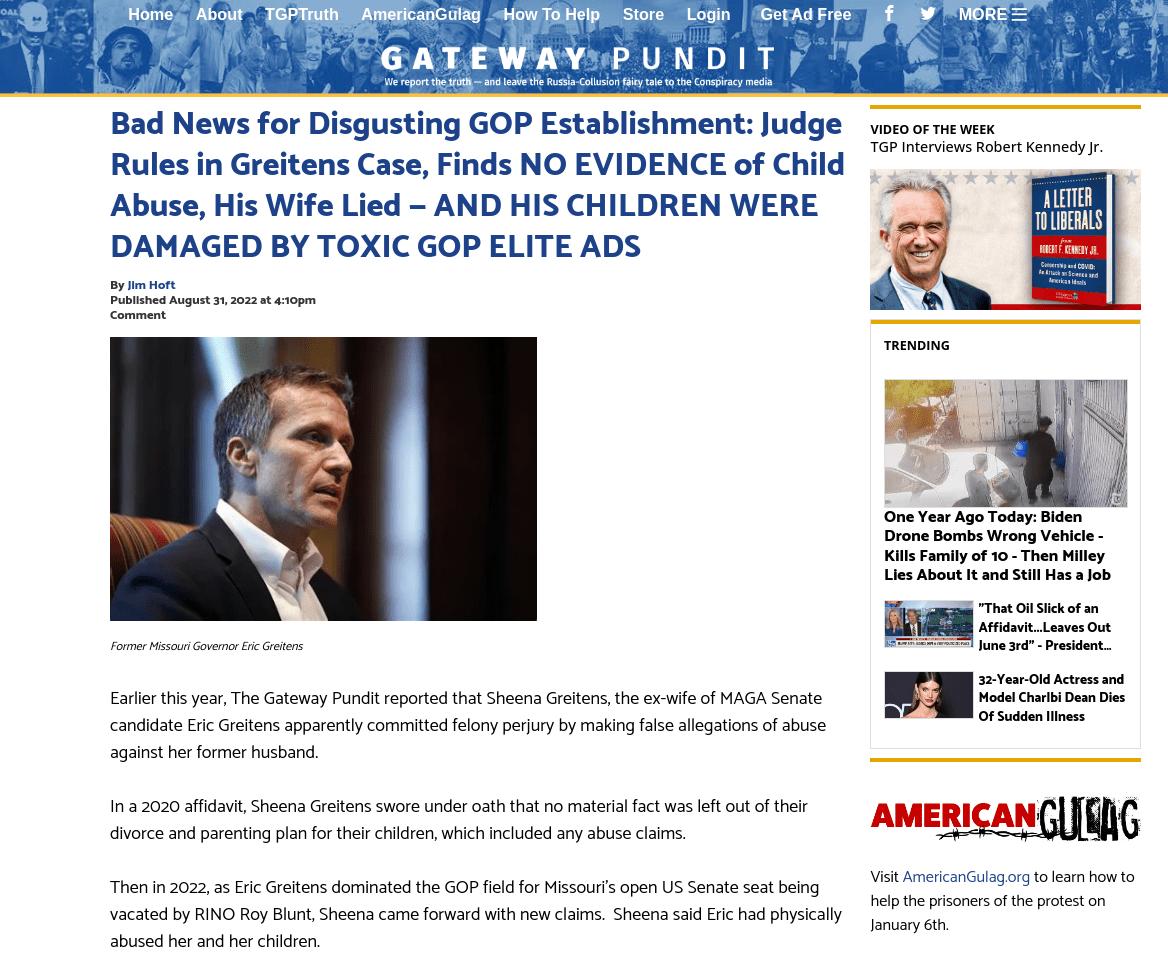