An interesting post about what John Durham actually has:

Techno_Fog notes on his Telegram that Danchenko is objecting to Durham using some FBI personnel's internal communications as tiral exhibits (sic - typed in a hurry eh?) in support of the government's case:

There's a couple of exhibits titled LYNC CHATS. Durham has the private chats of individual FBI agents from their internal deployment of Microsoft Lync. Lync is actually a pretty good product for all its faults. I once interviewed a global systems integrator with offices in South Africa and London on their internal use of Lync and was impressed at the time.

I didn't know the FBI used Lync so I went digging. Turns out that Lync has been very integrated into the FBI since at least 2012 (PDF download warning):

On page 32 of this PDF it explains how Lync is integrated with the FBI's Next Generation Sensitive Compartmented Information Operational Network in a number of ways including communications with intelligence community partners. Pic related.

This is a really really big deal. Durham has private instant messaging chats between individual agents in the FBI that use a secure transport rated Sensitive Compartmented Information (SCI). He's got them already. He's introducing them as trial exhibits. So he must have friends in high places who can spy on an SCI-grade network deployed internally at a three letter agency. Unbelievable. But we were told it would happen:

Military Intelligence v FBI CIA NSA
No approval or congressional oversight
State Secrets upheld under SC
Who is the Commander and Chief of the military?
Under what article can the President impose MI take over investigations for the 3 letter agencies? What conditions must present itself? Why is this so VERY important? Who surrounds POTUS? They lost this very important power _ the one area of the govt not corrupt and directly serves POTUS.
- Q drop #11 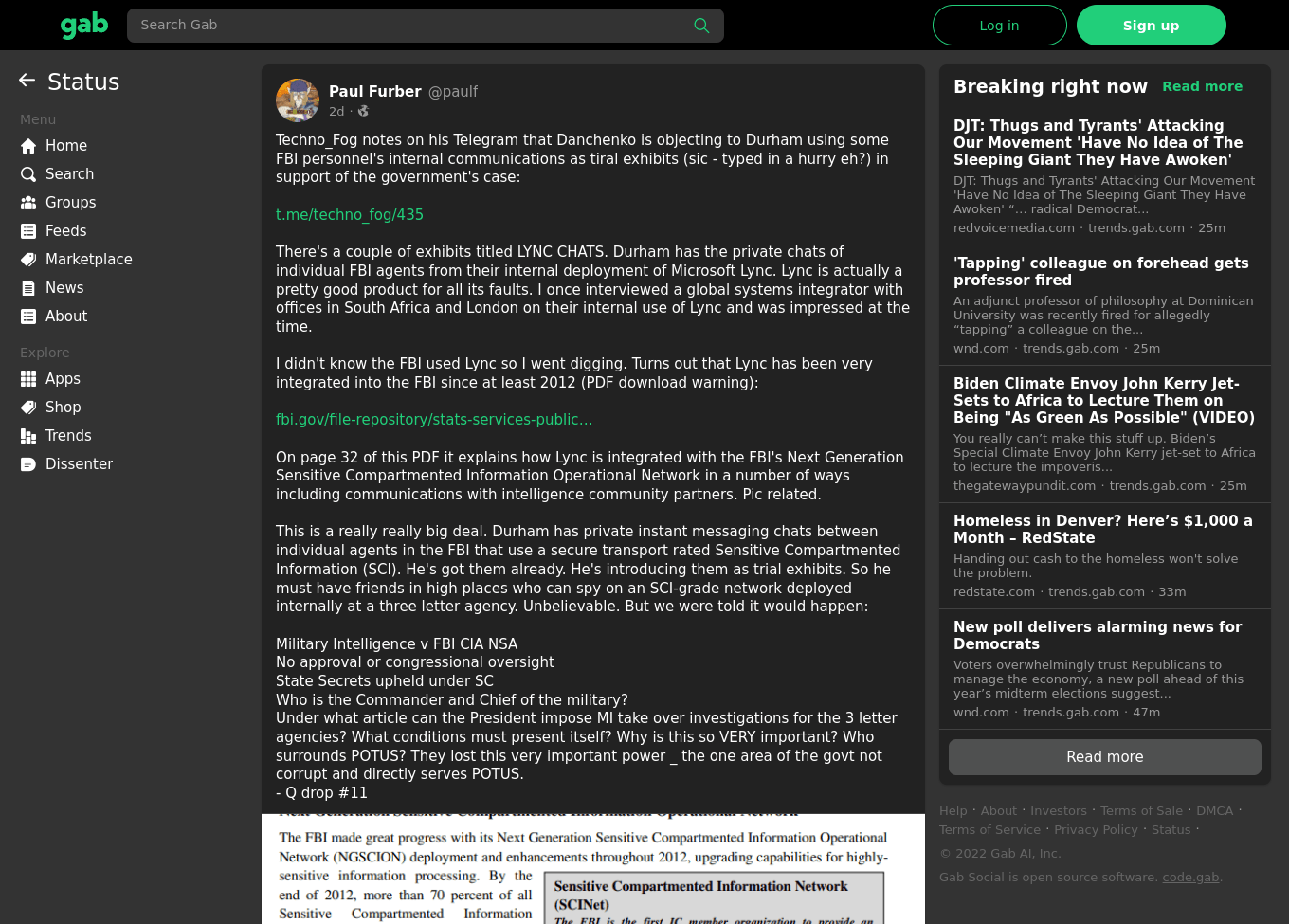