Alec Baldwin, who in the past fantasized about what it must feel like to wrongfully kill someone, wrongfully killed Halayna Hutchins last year by shooting while shooting a movie in New Mexico.  As he's attempted to feign innocence and mitigate perceived liability, it appears the a DA in New Mexico is finally ready to make a move.

Prosecutors have indicated that Hollywood star Alec Baldwin may face charges over the fatal shooting on the set of his movie “Rust.”

The state Board of Finance approved more than $317,000 to cover the cost of investigation and prosecution.

As many as four people could face charges, according to a copy of the request obtained by a media outlet.

Carmack-Altwies did not say anyone definitely would be charged but she did say:

“One of the possible defendants is well-known movie actor Alec Baldwin.”

She said she was ready to file charges against four people and is “certainly looking at all the homicide statutes and any gun statutes under New Mexico criminal code.”

Elections are approaching, so this movement could be viewed in two ways.  Either better to indict Baldwin on lesser charges now by a more favorable DA instead of a more anti-crime GOP political climate, or local politicians and prosecutors will push for heavier charges now to show voters they're tough on crime. 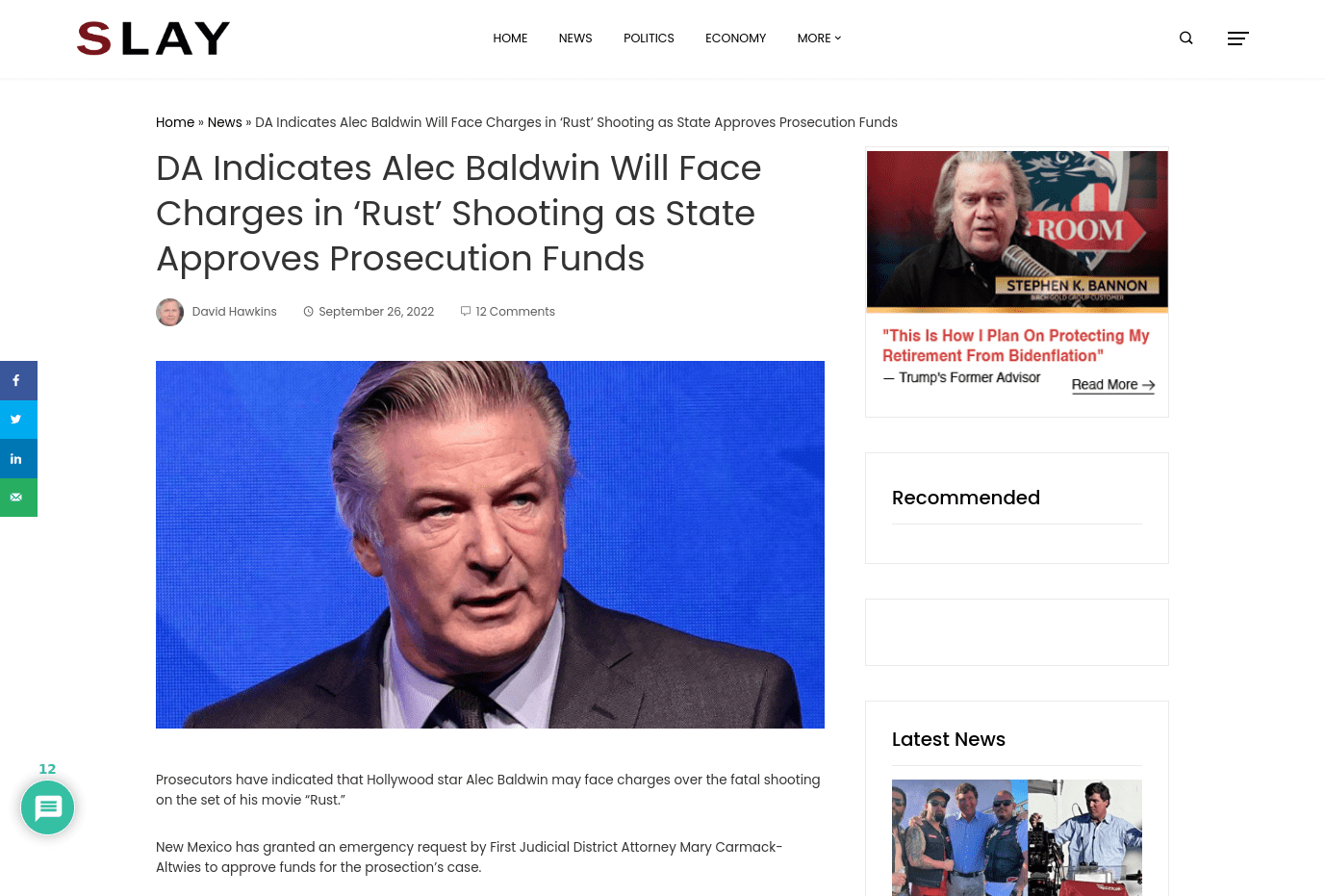